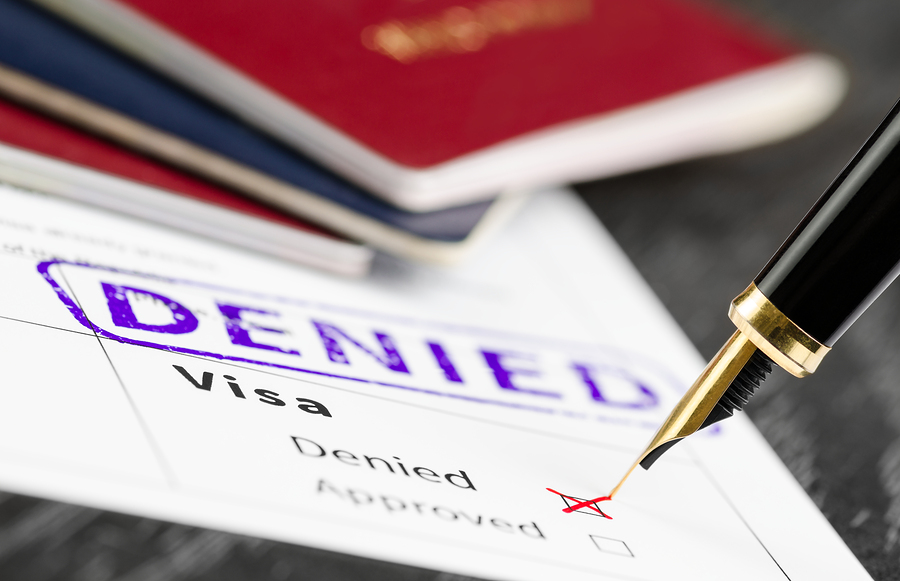 It is no secret that the Trump Administration wants to reform the H-1B visa program to limit H-1B visas to only the most highly skilled and highly paid foreign workers.  President Trump’s “Buy American, Hire American” Executive Order, issued this past April, stated as much.  Similarly, Trump has fully supported the RAISE Act, which would achieve this goal. Yet, current immigration law provides that H-1B petitions can be issued for entry-level positions and salaries in specialty occupations.  Even though Congress has not changed this law, USCIS is now quietly issuing an unprecedented number of denials and Requests for Evidence (RFE) for H-1B petitions filed on behalf of entry-level workers.

More RFEs and Denials: Cracking-Down Without a Change in Law

According to recently released USCIS data published in a Law360 article, USCIS has issued 45% more Requests for Evidence (RFE) this year than it did last year during the same first 8 months of the year. This year, USCIS sent 85,265 RFEs whereas last year it sent 58,919 in 2016 and 57,414 in 2015.  The sheer number and nature of the RFEs for entry-level wage H-1B visas are causing immigration attorneys to question whether USCIS is passively trying to alter the H-1B visa category to eliminate entry-level H-1B petitions or to require employers to pay non-entry level wages to H-1B workers employed in entry-level positions.

Current law requires that an H-1B petition be approved only if foreign employees work in “specialty occupations,” which are jobs complex enough to require that a worker holds a U.S. bachelor’s degree, its equivalent, or higher in a specific specialty or body of knowledge.  The law does not restrict the visa category to individuals only with a certain number of years of experience, and it does not limit the positions to only those with high wage levels.  Under the law, the wage level in itself does not determine whether an occupation is a “specialty occupation.”  It is only a means to determine the proper prevailing wage for the position.

Trump clearly supports an increase in the minimum wage for H-1B petitions, but he needs a change in law through Congress to do that.  USCIS appears to be targeting H-1B petitions that seek entry-level salaries, known as “Level 1” wages.  According to an AILA review of hundreds of examples, USCIS is issuing RFEs claiming that: (1) a Level 1 wage is not appropriate given the complexity of the job duties; or (2) that the position is not a specialty occupation because the Level 1 wage indicates that the position is “entry-level.”  In the first instance, USCIS asserts that the Level 1 wage does not correspond with the complex duties of the job offered.  In the second instance, USCIS suggests that a position cannot be deemed a “specialty occupation” when a Level 1 wage is offered.  In other words, USCIS is asking employers and their immigration lawyers to prove that the job is specialized enough to require a degree, but not so high-skilled that it deserves a higher salary.

Arguably, Trump’s crack-down in this context is a change in law that needs to undergo formal rulemaking.  Employers should be prepared to file federal district court actions to get the Trump Administration to compel the Administration to follow existing law correctly.

In the meantime, employers should be prepared for delays and potential denials for entry-level positions. RFE’s require petitioners to submit additional evidence such as more specific wage data, often costly expert opinion letters, job duty explanations, or examples of work product. They typically delay the approval of the petition for months, create uncertainty as to when and if the visa will be issued and add extra cost to the process.

Computer Programmers: The Tip of the Iceberg?

USCIS  provided guidance about this approach with respect to computer programmers in a memorandum issued March 2017.  In the memorandum, USCIS stated that “computer programmer” positions should not automatically be considered “specialty occupations” and directed officials to scrutinize programmer applications to ensure the positions require highly specialized knowledge.  The memorandum suggests that computer-related positions paid at an entry-level wage may not in line with a job that requires complex and highly specialized job duties. A footnote in the memorandum directs immigration officers to review H-1B applications for wage levels, stating: “If a petitioner designates a position as a Level 1 entry-level position, for example, such an assertion will likely contradict a claim that the proffered position is particularly complex, specialized, or unique compared to other positions within the same occupation.”  The memorandum also stated that even positions requiring a bachelor’s degree must be particularly complex or specialized in order to qualify for the visa.  Although the memorandum was specific to computer programmers, USCIS is issuing similar RFEs for other professional positions.

The use of H-1B visas for programmer positions, in particular, has been criticized by those who believe outsourcing firms abuse the program to fill lower-level IT jobs with foreigners willing to work for lower wages than American workers.  Critics also believe the program has a loophole for other entry-level positions that reduce job opportunities for American workers.  However, major tech companies, universities and hospitals use the visas to fill specialized jobs for which they find few qualified Americans.

It is yet unknown exactly where the Trump Administration’s anti-H-1B policies will turn next. It is likely that employers will see increased site inspections and other enforcement efforts. In June 2017, the Secretary of Labor announced that there will be increased enforcement for alleged visa fraud.