Blog / Trump and Immigration: What Immigrants and Their Families Need to Know 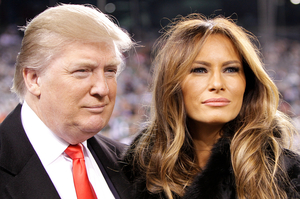 The election of Donald Trump has caused a lot of unease for lawful immigrants, undocumented immigrants and their families. Since Election Day, numerous immigrants have contacted Becker & Lee LLP with questions about how the election will impact their lives. Below is a summary of what we know at this time and the steps we advise immigrants and their families to take until we receive further notice. The information in this advisory is current as of November 17, 2016.

What Documented and Undocumented Immigrants Should Do Now

Although most of Trump’s immigration proposals will require an act of Congress or a formal change to immigration rules that will likely take many months or years, there are certain changes he can do on his own once he takes office in January 2017. The timing of some changes will be delayed while others could be put into motion right away. We recommend that all immigrants “upgrade” to a more stable status now if possible.

We recommend you consider taking the following action now:

The core of Trump’s campaign focused heavily on opposition to both documented and undocumented immigrants. His campaign focused in particular on construction of a border wall, accusing all undocumented Mexican immigrants of being “criminals,” limiting legal immigration, criticizing the H-1B program, banning all Muslims and tripling Immigration and Customs Office (ICE) agents in order to execute a “mass deportation” of undocumented immigrants in the US. Trump also promised to withhold temporary visas from visitors from countries – like Haiti, Iran and China – because these countries refuse to receive those convicted of crimes who are ordered deported from the US.

What Trump Has Said About Immigration Since Election Day

In an interview with CBS’s 60 Minutes following the election, Trump said he will “get the people that are criminal and have criminal records, gang members, drug dealers, where a lot of these people, probably 2 million, it could be even 3 million, we are getting them out of our country or we are going to incarcerate.” Credible sources have debunked Trump’s estimates and have confirmed that there are far fewer than 2 million undocumented immigrants with criminal convictions, even if Trump were to include those with minor traffic violations. The broad net Trump is casting in his plan to track down 2 to 3 million immigrants must include those who do not have convictions, but who Trump wants to target for other reasons. Indeed, the LA Times has reported that Trump’s advisors are planning worksite raids and encouraging Trump to initiate deportation proceedings against anyone suspected of criminal activity, regardless of whether a person is actually convicted. This appears to be the first immediate step, but is likely not the end.

While we still do not know exactly how Trump will implement his immigration proposals, it is telling that he has appointed some of the most xenophobic, anti-immigrant politicians in our country to his transition team. For example, Jeff Sessions (R-Alabama) – an immigration hardliner who has joked about supporting the KKK and called a white lawyer a disgrace for representing African Americans – is a key member of Trump’s transition team and is being considered for Attorney General. Another influential member of his transition team is Kansas Secretary of State Kris Kobach, who authored Arizona SB-1070, which the US Supreme Court overturned because it unconstitutionally instructed police to racially profile immigrants. Kobach authored a number of other illegal policies, such as a local ordinance in a small town in Pennsylvania that prohibited landlords from renting to undocumented immigrants – which ultimately resulted in the small town paying $2 million in fees to the ACLU.

During the campaign, Trump mostly focused on the border wall proposal and the “mass deportation” of millions of undocumented immigrants. The details of his immigration policy proposals – which can be found here (https://assets.donaldjtrump.com/Immigration-Reform-Trump.pdf) – provide more information about what he plans to actually do. Below is a summary of some of his written immigration proposals:

Since Trump and his surrogates have given inconsistent information about the immigration policies he will implement, it is still unclear what, when or whether he will implement a given proposal. Below is a summary of what he can do immediately upon taking office and what he can probably only do by way of Congressional approval or formal rule-making changes, which would likely take many months or years.

Trump has the authority to do the following on January 20, 2017 as soon as he takes office:

All his other proposed changes would, in all likelihood, require an act of Congress or a change to immigration regulations, which would likely require many months or possibly years. While the President has tremendous power in the immigration realm, there are three branches of government and “all persons” – especially those not at or within 100 miles of the border – have a right to due process under the law.

Since Trump has said many things on the campaign trail and later changed his position, our firm is hopeful – but does not expect – that some of the hard line stances will be executed with a softer approach in practice, especially once the administration is confronted with an increasingly more unified immigrants-rights movement.  Becker & Lee LLP, along with immigrant-rights organizations across the country, the American Immigration Lawyer’s Association (a group of immigration lawyers with over 10,000 members) and others will remain committed to advocating for immigrant rights as the Trump Administration implements its promised immigration crack-down.

Note: This advisory is intended to provide a general overview and is not a substitute for individual legal advice. Before filing a request for any immigration benefit you should consult with an experienced immigration lawyer to assess the potential risks and benefits. Immigration laws are complex. Filing requests for immigration benefits may not be advisable, depending on the facts of a person’s case.