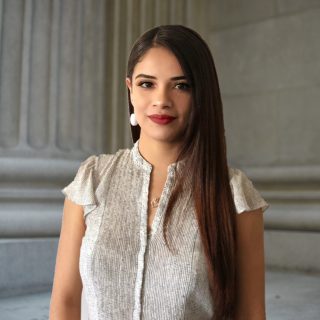 Silvia is a 2017 graduate of U.C. Berkeley where she received her Bachelor of Arts degree in Portuguese and Spanish.  She continued her endeavors of language and translation at San Francisco State University in the English/Spanish Legal Translation courses.  Silvia’s experience with immigration began at an early age. She was born in Michoacán, Mexico and her family immigrated to the Coachella Valley when she was 8 years old. Prior to immigrating, Silvia knew of the struggles of immigration through her dad, who like many other dads in her hometown, would migrate for most of the year to work in the Coachella Valley and Bakersfield seasonal crop harvests. While navigating the immigrant experience Silvia understood the crucial role that language often played in her and her family’s life.  As a member of the Becker & Lee team, Silvia assists attorneys with preparing cases for asylum, adjustment of status, religious worker visas (R-1), fiance visas (K-1), U visas and removal proceedings. Silvia is fluent in Spanish and Portuguese.