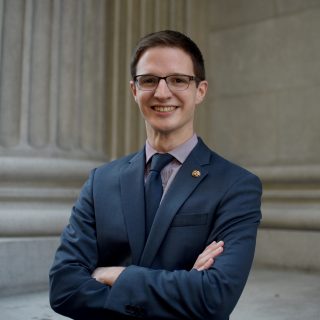 John received his law degree from the University of California, Berkeley School of Law. He also holds a Bachelor of Science in Foreign Service from Georgetown University. John is a member of the California State Bar.

John joined Becker & Lee LLP in 2017. He has a passion for working with clients facing complex removal proceedings, particularly at the intersection of immigration and criminal law. In addition to removal defense, John has experience in asylum, family-based immigration, and immigration relief for survivors of violent crime and family violence.

Prior to joining Becker & Lee LLP, John completed a post-bar fellowship at Centro Legal de la Raza focusing on removal defense for people in detention, as well as legal internships at the San Francisco Public Defender’s Office and East Bay Community Law Center. He also has experience in criminal law and motion practice through the Alameda County Public Defender’s Office and the Federal Defender for the Eastern District of California. In addition to his immigration work in the United States, John has worked with the UN Relief and Works Agency for Palestine Refugees in Jordan.

John is bilingual in French and has full professional working proficiency in Spanish. He also speaks intermediate-level Modern Standard Arabic.