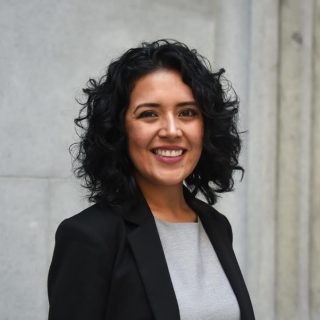 Gretel has extensive immigration experience assisting clients with U visa petitions, Deferred Action for Childhood Arrivals (DACA), extreme hardship waivers, naturalization, I-751 and Adjustment of Status. She has helped numerous detained clients with requests to be released on bond and has helped supervising attorneys prepare applications for asylum, cancellation of removal, prosecutorial discretion, withholding of removal, and criminal and non-criminal waivers. Gretel has been a member of advocacy groups for immigrants’ rights and testified before the California State Legislature in support of the California DREAM Act. She continues to be a strong advocate for immigration reform and wants to become an immigration attorney. Gretel was born in Sinaloa, Mexico, and immigrated to the United States at the age of 13. Despite being undocumented and raised by a single mother, Gretel became the first person in her family to graduate from college when she received a Bachelor’s degree in Sociology and Spanish from the University of California, Davis. She became a U.S. citizen in 2016. Gretel is fluent in Spanish and English.