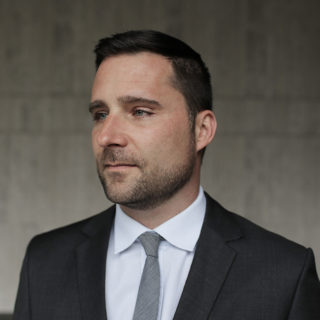 Camiel is a founding partner at Becker & Lee LLP and is certified as a specialist in immigration and nationality law by the California Board of Legal Specialization.  He is a graduate of Tulane Law School in New Orleans and also holds a bachelor’s degree in Spanish and Psychology from the University of Montana-Missoula. Mr. Becker previously worked with three immigration law firms in the San Francisco Bay Area where he practiced all areas of immigration law.

Camiel represents a number of companies and individuals in the employment-based immigration context, including mid- and small-sized businesses, researchers and scientists and IT professionals. He also has litigated numerous cases before Immigration Courts and has successfully argued before the Ninth Circuit Court of Appeals. He has experience in all areas of immigration law, including removal defense, employment-based immigration, PERM labor certifications, waivers, consular processing, asylum, adjustment of status and naturalization. Camiel particularly enjoys working with artists, models, scientists and immigrant investors. He has been invited to speak on immigration law panels regarding investor visas, inadmissibility waivers, temporary employment-based visas, the Defense of Marriage Act, Prosecutorial Discretion and LGBT asylum issues.

Camiel is fluent in Spanish. Although he represents individuals from all over the world, he has a strong background in issues particularly relevant to individuals from Latin America. As a U.S. Fulbright scholar, he conducted post-graduate research on gangs and street children in El Salvador. He has studied and/or worked in Argentina, Guatemala, El Salvador, Costa Rica, Spain and Mexico.

Camiel was appointed from 2015 to 2019 to serve on the Immigration and Nationality Law Advisory Commission, which is responsible for writing and grading the State Bar of California’s legal specialization examination for immigration law. From 2015 through 2017, Mr. Becker was selected to the Northern California Super Lawyer’s Rising Stars list for immigration law. Selection in Rising Stars is reserved for no more than 2.5 percent of lawyers in California. He previously served as the Co-Chair of the Immigration Section of the San Francisco Bar Association’s Barristers Club and the LGBT Coordinator for the American Immigration Lawyer’s Association of Northern California (“AILA NorCal”). He has volunteered as a mentor on numerous asylum cases for the Lawyer’s Committee for Civil Rights and has offered pro bono services to the National Center of Lesbian Rights, the Asian Law Caucus, El Centro Legal de La Raza and other non-profit organizations. 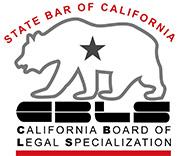 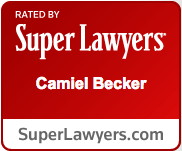