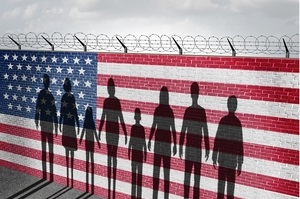 According to a Gallup poll, published July 20, 2016, more Republicans would rather see a path to citizenship for undocumented immigrants living in the United States, rather than building a wall along the southern border of the United States and Mexico, an idea proposed by Republican presidential candidate Donald Trump. Additionally, the majority of Americans, 84% of all respondents, prefer a path to citizenship for undocumented immigrants in the U.S., which is currently a plan supported by democratic presidential candidate Hillary Clinton.