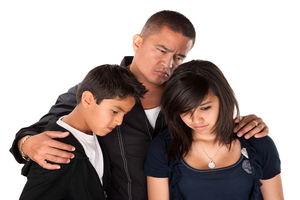 On Wednesday, September 28, 2016, the American Immigration Council published a new report entitled, “Access to Counsel in Immigration Court,” which is the first national study of its kind to look at immigrant access to attorneys in the U.S. immigration courts. In the U.S., access to counsel for immigrants in removal is not a constitutional right and many detained immigrants often go unrepresented. The report analyzed over 1.2 million deportation cases, decided between the years of 2007 and 2012, and revealed two main conclusions. First, the study shows that access to counsel for immigrants in the U.S. is not equally available. Less than half of all immigrants in the U.S. obtained legal representation, and immigrants in small cities were less likely to have representation. The report also revealed that an immigrant’s nationality correlated to different representation and detention rates, with Mexicans having the highest detention rate, yet the lowest rate of representation. Second, the study illustrates that being represented by an attorney benefits immigrants at every stage of the court process, including being more likely to be released from detention, and more likely to apply for and obtain immigration relief. The report highlights the importance of having access to legal counsel by showing that overall, immigrants fare much better and have more positive outcomes when represented. This is particularly true for detained immigrants, who are 10.5 times more likely to succeed with counsel.