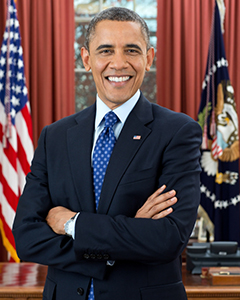 On June 30, 2014 President Obama announced he would act through executive action on immigration reform since House Republicans have blocked all efforts to pass a comprehensive immigration reform bill. President Obama also confirmed his commitment to enhancing enforcement at the US-Mexico border, specifically to address a recent surge in unaccompanied minors from Central America who are detained at the US border. His position has been met with heavy critique from many in the immigrant rights community. However, his announcement today also offers a glimpse of hope to undocumented immigrants in the United States.

Obama Should Expand Parole in Place

What is parole in place? It is a policy that would allow certain undocumented family members of U.S. citizens to adjust status in the U.S. and become lawful permanent residents without being required to leave the country. For foreign nationals who entered the U.S. without inspection, this would be a significant development because barring minor exceptions, a person who has not been “admitted or paroled” into the U.S. cannot gain permanent residency without first leaving the U.S. and being interviewed at a consular post abroad. INA §245(a). But undocumented individuals are caught between a rock and a hard place: they aren’t permitted to adjust their status inside the country because they have not been “admitted or paroled,” yet upon leaving the U.S. to apply for the immigrant visa, they almost always trigger inadmissibility grounds based on their unlawful presence in the U.S.

When unlawful presence bars are triggered, individuals are required to remain outside the U.S. for either three or ten years, depending on the length of their prior unlawful presence in the U.S. Although these bars can be waived, the legal standard is onerous and arbitrary. Waivers are only granted if USCIS is satisfied that the U.S. citizen or lawful permanent resident spouse or parent (not child) will experience extreme hardship if the foreign national is not allowed to come back to the U.S. as a lawful permanent resident. Both preparing and adjudicating the waiver can take many months, and positive outcomes are far from guaranteed. The process is grueling for families who remain in a state of constant fear and uncertainty about their futures.

Parole in place would offer a way out – at least for certain family members of U.S. citizens who entered the U.S. without inspection. If parole in place in granted, most of these family members would be able to adjust their status to lawful permanent residents without ever leaving the country and triggering unlawful presence bars that might require a long separation from their loved ones in the U.S.

Parole in place finds its statutory basis in INA § 212(d)(5)(A). The statute gives the Secretary of the Department of Homeland Security discretion, on a case-by-case basis, to “parole” for “urgent humanitarian reasons or significant public benefit” an applicant applying for admission to the United States. INA § 235(a)(1) makes clear that an applicant for admission includes “an alien present in the United states who has not been admitted,” which means that the applicant does not need to be at the border or an airport to apply.

Parole in place is essentially a retroactive permission to enter the country. It effectively forgives unlawful entry. On November 15, 2013, the Director of U.S. Citizenship and Immigration Services (USCIS) issued a memorandum instructing its officers to expand the granting of “parole in place” for the undocumented parents, spouses, and children of U.S. military personnel. There is nothing in the law that prohibits the Obama Administration from further expanding the policy based on the “significant public benefit” it will bring to the US.