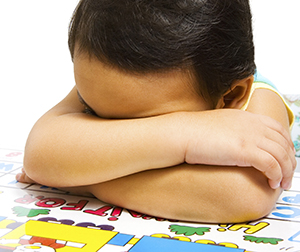 Attorneys and immigration advocates have reported a high number of deportation orders since October 2013 against children who did not appear in court. Many of these children were never properly notified of their hearing date under the current immigration court process. Hearing notices in cases like these have been reported to arrive late, at the wrong address, or not at all. A spokesperson for the Executive Office of Immigration Review (“EOIR”) has said immigrants who do not appear for their hearings are ordered removed when the Immigration Judge is satisfied that notice of the time and place of the court proceeding was provided to the respondent at the address they provided. Moreover, it appears the government is aware of the notification issues and has recently reopened a case based on a notification discrepancy.

The President of the National Association of Immigration Judges, Judge Dana Leigh Marks, has also made comments acknowledging the notification problems within her own courtroom. She admitted the system is not foolproof and explained the difficulties of ascertaining how many of these cases were unintentional errors as opposed to conscious attempts at avoiding the process. While Judge Marks states immigrants in her courtroom are often given a second chance before being ordered deported, she conceded that other Immigration Judges don’t allow such leniency. According to a law professor at Wake Forest University, immigrants who have been ordered deported might later be able to file motions to reopen their cases. However, these future cases will further burden an already underfunded, over-strained, and complicated immigration court system.