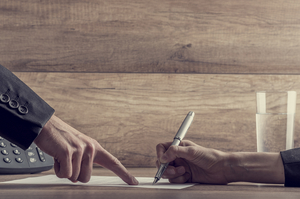 Effective August 1, 2016, the Department of Justice (DOJ) increased fines for violations of the Form-1-9, which all U.S. employers must prepare when they hire a new employee. The new fines are applicable to violations that occurred after November 2, 2015, but assessed after August 1, 2016. Because of the dramatic 96% increase in penalties, it is imperative that employers carefully review their I-9 forms policies and procedures to ensure compliance.

Changes to Fines for I-9 Violations

Specifically, both the minimum and maximum penalties have increased for I-9 Verification paperwork violations from $100 to $216 and from $1,100 to $2,156, respectively. Further, fines for discrimination against immigrant workers have gone from $357 to $445 for minimum penalties and from $3,200 to $3,563 for maximum penalties.