Blog / New Study Highlights the Economic Benefits of Immigration in the U.S. 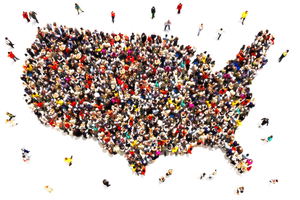 A new report, “The Economic and Fiscal Consequences of Immigration,” published on September 21, 2016, by the National Academies of Sciences, Engineering, and Medicine (NAS), shows that past immigrants, including their descendants, have had a positive economic influence on the U.S. economy. The study reveals that some of the fiscally favorable consequences of immigration relate to the invigoration of an aging American society, as immigrants and their U.S. born descendants will be the majority of the labor force between 2020 and 2030. The study also reveals that children of immigrants have massively contributed to the U.S. economy. Additionally, immigrants’ role in the service sector, including child care, food preparation, house cleaning and repair and construction, has had the effect of lowering the cost of goods and services in the United States. While assessing the current economic and fiscal impact of immigration in the U.S., the report also aims to encourage discussion and further research to support a much needed immigration system reform.