Blog / Can We Expect a Decrease in Deportations in the Near Future? 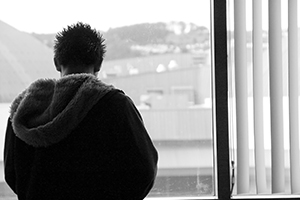 The White House announced last week that President Obama has directed the Chief of Homeland Security, Jeh Johnson, to find more humane ways of enforcing U.S. deportation laws, while operating within the confines of the laws as they currently stand. This announcement came after the President met with three members of the Congressional Hispanic Caucus (CHC), which is concerned about the U.S. deportation policy and the increasing number of deportations.

There are two potential policy changes that are being discussed in an attempt to decrease the amount of undocumented immigrants facing deportations from the United States. The first potential policy change is to reduce or halt the deportations of undocumented immigrants who have violated immigration laws, but who have no criminal convictions. The second policy change being discussed includes limiting the scope of the “Secure Communities” program, which was created in 2008 and authorizes Immigration and Customs Enforcement (ICE) to issue a “detainer” for an individual that has been arrested and may have an immigration violation. This “detainer” is a request for the jail to hold the individual for 48 hours, even if there are no criminal grounds to do so, until ICE comes to retrieve him/her. Officials say that the Secure Communities program may be limited to those who have criminal records.

There may be evidence to support that increasing the number of deportations is detrimental to the U.S. economy and to U.S. workers. In a study conducted by the National Bureau of Economic Research, economists analyzed four different immigration policy scenarios and the effect of each on the U.S. economy. The study analyzes the economic impacts of 1) increasing enforcement at the border, 2) creating higher costs for undocumented immigrants seeking employment and limiting social benefits, 3) increasing the number of deportations, and 4) increasing the rate of legalization for undocumented immigrants. The study concludes that increasing deportations would have the most negative impact on wages and employment opportunities for U.S. workers, while legalization of undocumented immigrants would have the most beneficial economic impact on U.S. workers. For more information on the study, go to http://www.nber.org/papers/w19932.

Republicans have expressed concern with President Obama’s efforts to reduce deportations, and have warned that attempts to bypass Congress may hurt the chances of cooperation to create comprehensive immigration reform in the future.  It will be interesting to see how this debate evolves, and what other steps, if any, the President takes toward creating a more humane immigration system throughout the remainder of his term.