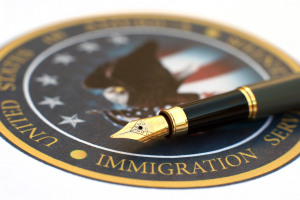 The study was released October 2014, focusing mainly on immigrants who are detained and in Removal Proceedings.