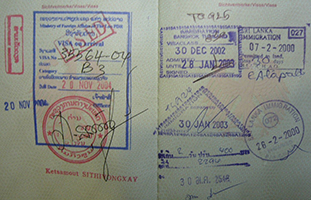 US citizens filing visa petitions for foreign national spouses, children or parents previously waited only about five months to have their petitions approved.

However, over the last year, waits for approvals of these I-130 visa petitions have taken much longer.   In some cases, the normal 5 month wait has been as long as 15 months.  The New York Times reports that more than 500,000 such petitions “became stuck in the pipeline, playing havoc with international moves and children’s schools and keeping families apart.”

The USCIS reported in October, 2013 that it was trying to fix the problem.  The agency announced that it would issue transfer notices in I-130 visa petition cases “to balance overall operational workload.”

A government processing time report issued in late November, 2013 suggested that I-130 visa petitions for immediate family members were taking about 9 months.  In practice, however, the petitions were often taking much longer.  Although the abnormally long wait times were reportedly reduced to 10 months in late 2013, the normal 5 month processing time is not expected to return before the summer of 2014.  In the meantime, family members who thought they would be together in a few months are having to rearrange travel plans and endure longer than normal separations.